In honor of Father’s Day and music, this special blog examines the eternal challenge of following music versus ignoring it in favor of pragmatic pursuits, and the heart of why music called you in the first place.

“You’ll never make money at music. You need to get a real job.”

If some parent, guardian, friend, colleague or stranger has ever told you something along these lines, let me tell you a story—a heartbreaking but ultimately inspiring true story—that explains the true cost of putting music on the back burner.

But first, let me start by acknowledging that regular jobs of any kind are important. We live in a world where money lubricates living, and in and of themselves, jobs can be completely rewarding. However, none of us live in a world of absolutes. As well-meaning as “you need to get a real job” can often be, the words can also be harmful to you on multiple levels and may leave you regretting your decision to buy into them with little time to wipe your regrets away.

If so, I’m glad, because if this wakes you up and compels you to spend a moment reading this story, this moment may spare you from what my father experienced before re-discovering the number one reason why music calls people.

Back in the 1930s, my father’s first passion as a child was to be a musician. So he sat down at the family piano one day and started teaching himself how to play cover songs. However, when his father (my grandfather) found out, he proclaimed, “No son of mine is going to be a musician!” He saw music as completely impractical to making a living.

Now you may be wondering why my grandfather owned a piano if no one was supposed to play it. Well, back in the 1930s, owning a piano was a status symbol, like owning the latest smartphone today. Yet my grandfather didn’t have much use for a piano beyond that, and when he discovered that his son was playing it, my grandfather sold the piano.

I can only imagine how much that affected my father, or what anger he buried because of it. The only way he could enjoy playing piano after that was to play in secret at other people’s houses. But he couldn’t last long under the inquisitional eyes and steady pressure of my grandfather to become a doctor, and God love him, my father tried and spent a year at medical school.

Trouble was, the sight of blood made my father sick to his stomach. And after he mustered the courage to tell my grandfather that he couldn’t continue, my grandfather expressed profound disappointment before shuttling my father off to become a foundry patternmaker—someone who engineers industrial forms used to make molds into which metal, resin and other material can be poured to make anything from machine parts to toothbrushes. And to his credit, my father was great at it. While history does not record it, my father invented one of the first methods for plastic injection molding (which makes things like plastic guitar parts, keyboard housings and even whole instruments possible today). And from there, my father went on to become a machinist and quality control professional—all in the trust that such jobs would guarantee him a steady and secure future, just like my grandfather assured him it would.

Yet my grandfather hadn’t been some diviner or seer. He hadn’t owned a crystal ball, and if he had, he probably would have sold that too. My grandfather had lived his life like most of us, mucking ahead as best he could while buying into beliefs of certainty because that always feels better than admitting that life is just one big unknown. He couldn’t foresee how industries, technology and economies would change, just as he couldn’t foresee that patternmaking would one day be replaced by 3D printing. So, his “assurance” of job security for my father was just a guess that became a starkly different reality for my father.

Jobs came and went for him over the years. Sometimes, the bills were easy to pay. Sometimes, they weren’t, and when times were extra lean during periods of unemployment, there was little in the fridge but powdered milk and bologna sandwiches. Up and down it went, always on a budget to buffer against rainy days until my father realized one day that for as much as his father had convinced him that he could never make ends meet in music, he’d barely fared better at a “regular job.”

Then something remarkable happened.

He decided to stop worrying so much and embrace a balanced life that included his love of music, which had never really left him.

Jobs were going to come and go. He couldn’t control the shifting economic tides or shortsighted corporate decisions that caused companies to go out of business and rendered the idea of job security as little more than self-medicating hope. That didn’t mean he didn’t always work and study to be the best at what he did. Yet where he’d watched others consume themselves in such pursuits at the expense of everything else in their lives, my father realized that such lives commonly ended in a sobering realization:

You don’t regret the things you’ve done in life. You regret what you didn’t do.

So, in his 60s, my father re-taught himself to play the piano, and taught himself to sing too. He performed with barbershop quartets at large and small shows. He also spent years performing at retirement homes around Southern Ontario while making enough money along the way to support touring and even finance a few recordings, and sure. He played “old folks” music, but he didn’t give a flying funk because it had never been about playing the latest cool music, or even the notes and chords. From the first time he’d placed his hands onto a keyboard and felt that calling and connection to something higher than himself, it had been about his soul—that most precious of things so easily dismissed, diluted or sold.

My father played and sang until the end of his days. Even after his health failed and he could no longer sit behind a keyboard, he still sang—even when his voice was failing—and when they buried him, they did so in an urn of my father’s choice: a gold box fixed with a gold treble clef, wrapped in his favorite sweater as a final message to everyone that the constancy and warmth of what lives in your heart is the only real steadiness and security you’ll ever have. And while he arrived late to evidence the fact that you can make money playing music, he thankfully didn’t miss the opportunity to sleep within the grace of knowing that the price of playing or not playing music involves far more than money.

So, I would encourage you to always nourish your musical spirit and sustain it as one of the few constants in a world where jobs, money and even relationships can shift with time and tide.

Above all, stay connected with like-minded individuals, the right facilities to support you, and a community where your skills and talents can shine and your spirit can soar, breathe and run. 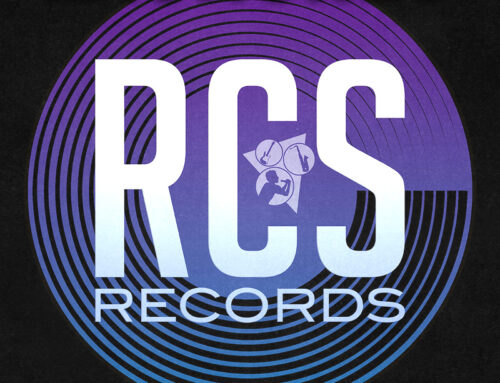