It was an incredible evening of great music, awesome bikes, good food, prizes, and more.

Kicking off the night was the Guelph rock and power trio Blue Moon, whose substitute members for the night included Andrew Veirich (bass) and Liam Mayes (drums). Fronted by vocalist/guitarist Mike Tremblett (also a Royal City Studios concierge), Blue Moon performed a great set of covers and originals that evidenced why Blue Moon has been packing bars with their high-energy blues-based music and psychedelic grooves.

In the open jam portion of the night, Dan Rintoul (of the rock cover band The BarFridge Family) took to the drums and vocals and performed a series of covers with Mike Tremblett on bass, Marc Upsdell on guitar, and Royal City Studios owner Jim Duffield on sax. Rintoul also invited audience members to come up to the stage to jam along on covers. 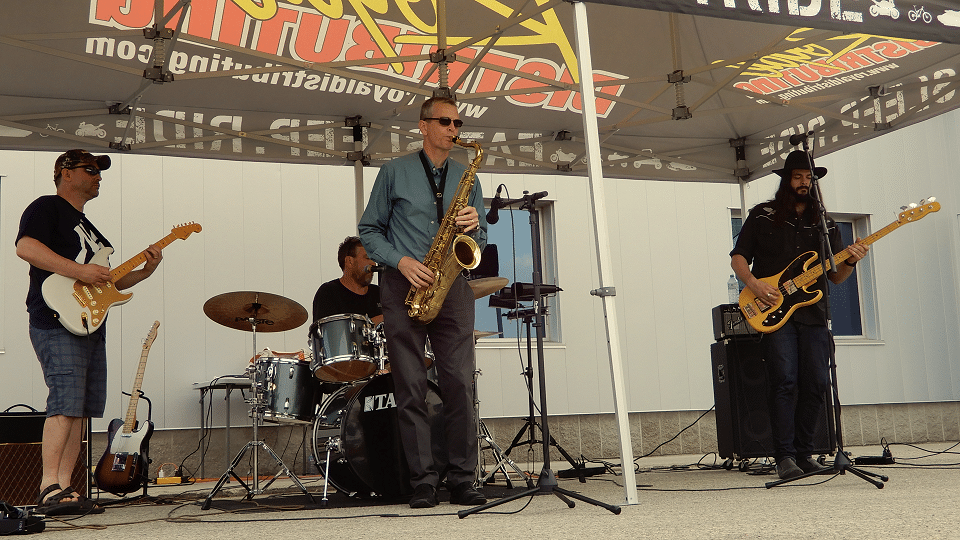 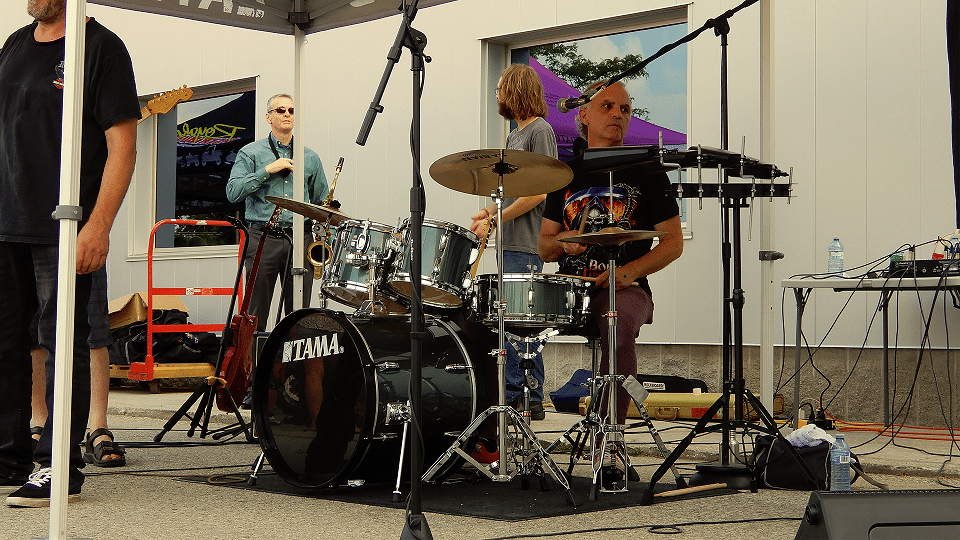 For the closing performance, guitarist/vocalist Ian Andrews (of Ian Andrews and the Smokin’ Scoundrels) injected a bit of jet fuel into the audience with series of high-energy songs performed alongside Mike Tremblett (bass), Dan Rintoul (drums) and Jim Duffield (sax). 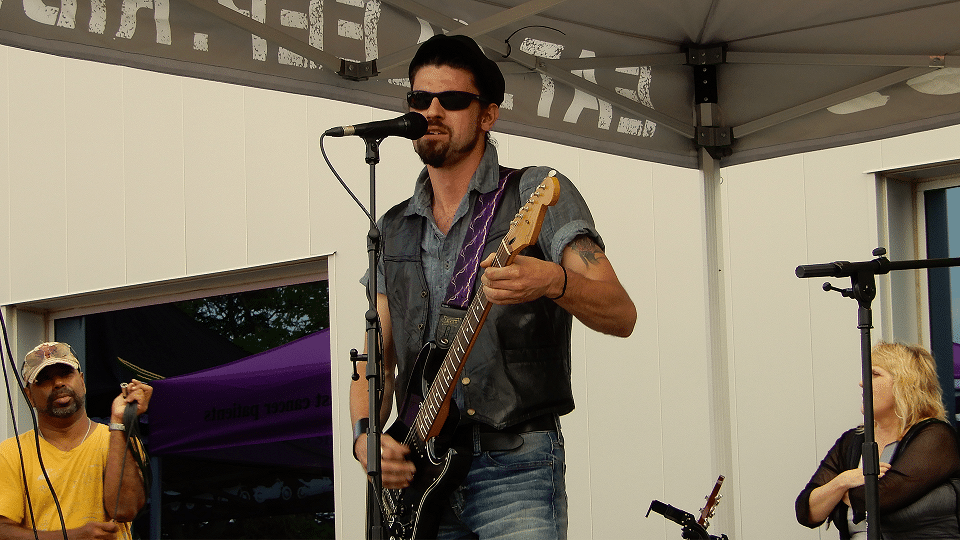 Tremdous thanks to Kara Vlietstra of Royal Distributing, promoter Yuri Collesso, and Jim Duffield for making this event happen, and evidencing Royal City Studios’ vision of cultivating performance opportunities for artists and supporting them with music studios for rehearsal and recording.

We look forward to next year’s Royal Bike Night!

To stay in the loop with all that’s happening:

Even better, drop by Royal City Studios today to check out our rehearsal studios, recording studio or music hall.