Before Jane Siberry (a.k.a Issa) became an award-winning Canadian music icon, Siberry was waiting tables in downtown Guelph at the original Carden Street Café (now Bin 23 Restaurant at 6 Carden Street), and although she had an innate musical and songwriting talent that would eventually lead to 16 studio albums and three chart singles in the Canadian RPM Hot 100, her musical career didn’t begin percolating until Carden Street Café owner James Gordon encouraged Siberry to flex her musical wings.

Before Guelph-based band the Kramdens embarked on a musical career that would include five studio albums and performances on television and at high-profile music festivals around the world, band front-man Craig Norris was an aspiring musician and songwriter before meeting the Kramdens’ guitarist/producer Steve Knox in 1990 through a local band competition.

These three stories (and many others just like them) evidence three things that will always be true in music, whether you’re a solo musician looking for band mates or a band looking for opportunities:

In music (like life in general), networking is key to uncovering and fostering connections. And if you can play music and have fun along the way (which is likely what attracted you to music in the first place), you’re pretty much in a sweet spot of allowance, meaning:

If this kind of thing sounds appealing then you may want to mark your calendar for July 21st and head to the Royal City Studios Open Rock Jam from 7-10 p.m. at Royal City Studios, 930 Woodlawn Road W., Unit 1, in Guelph. 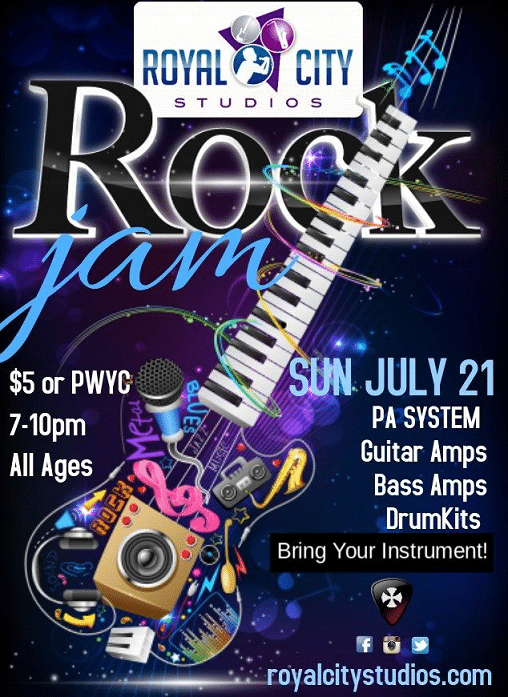 Open to all ages and musical skill levels, the Royal City Studios Open Rock Jam is your chance to:

Here’s a walkthrough of how the night will go:

Royal City Studios will provide amps, PA, vocal mics, and drums. We also have water, coffee and refreshments on hand, and our washrooms are fully accessible. 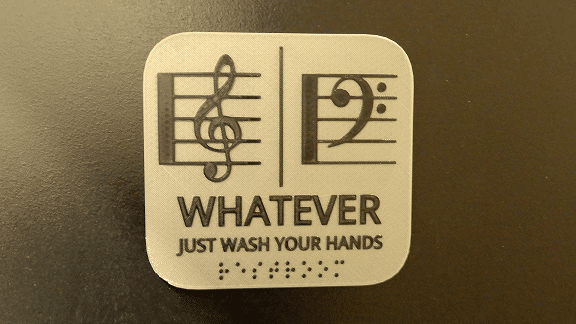 Whatever your clef, our accessible washrooms have you covered. :)

For just $5 (or PWYC), all you need to do is grab your instrument, walk in and get your groove on.

No car to get to the jam? No problem. You can grab the No. 18 bus from the Woodlawn Smart Centres to Imperial, where it’s a short walk to Royal City Studios (930 Woodlawn Rad West, Unit 1). Or you can grab the No. 7 bus, which runs north along Elmira Road from Willow Road.

Or ask a parent or friend with a car to give you a ride and join you for the jam. The musical road is filled with musicians getting rides from friends.