>> Get your tickets at Eventbrite.

Ranking among the Top 50 of CBC Music’s Toyota Searchlight 2021 (as judged by CBC Music) for her song “I Love You Too Much,” Mikalyn will perform new songs and previously released material and covers.

With 3+ million streams to her credit, Mikalyn has won or been nominated for an impressive list of awards for her alt-pop stylings that blur lines between genres and eras. Among her many awards/nominations:

Mikalyn is also an in-demand collaborator, and has lent her unmistakable vocals to tracks by Machine Drivers, Öwnboss & Zerky, Röde, 39 Kingdom, and many others.

>> Get your tickets at Eventbrite while they’re available.

Limited tickets are available for Make.Shift and Tiger Suit, performing August 20th at 7 p.m. in a COVID-safe, licensed concert at Royal City Studios. Tiger Suit (Curtis Miranda and Renee Cross) is a duo from Guelph who play an integration of synth pop, rock, and electronica. Make.Shift is a five-piece alt-rock band, writing songs of life, love, and seeking.

>> Tickets (by donation price) at Eventbrite.

TroyBoy Entertainment, Sassy Ray Burlesque, and Royal City Studios have teamed up to bring some of the most jaw-dropping burlesque dancers to the RCS stage for one night only. Featured dames include Ruby Moon, Olive Von Topp, Sapphyre Poison, Charlie Quinn, and Red Tongue Raven. Tickets – $50 per person (available here), which includes seating and social section per COVID protocols. For all Health Canada guidelines being followed by this event, visit the Facebook event page.

Called a “band that will leave you mesmerized” by Buzz Music, The Coywolves (Johnny Brousseau, Ben Gray, and Dylan Pacheco) will tear up the RCS stage on September 4th at 9 p.m. Founded in Guelph by Brousseau in 2015, The Coywolves released their debut album Rise of the Coywolves the same year, followed by Rising Call (2017) and As You Were Meant To (2019).

ICYMI: Only until August 31st, 2021, Royal City Studios is offering BOGO rehearsal time. Book 1 hour of rehearsal time in a small, medium, or large studio and get the second hour free.

This offer is a scalable offer. The more time you book, the more free time you get.

Book ahead to grab this BOGO offer and secure your rehearsal time. No charge for cancellation. Masks still required.

Open Call for Bands at Silvercreeks 360

In Case You Missed Ian Andrews & The Smokin’ Scoundrels at RCS

If you missed Ian Andrews & The Smokin’ Scoundrels’ August 14th album release concert at Royal City Studios, here are some smashing images from the event, courtesy of photographer Milton Young. Known for his concert photography, Milton is equally known for his stunning nature photography and affecting character studies—all of which can be found at his Flickr page:

Thanks again, Milton. You amazingly captured the energy and skilled musicianship of a great band, and we look forward to seeing you at another show.

>> Click here to book your own event at the RCS concert hall. 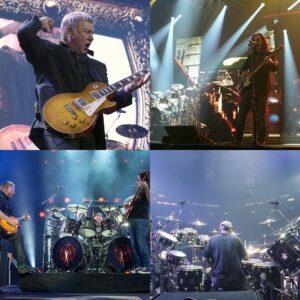 Tickets go on sale in Canada starting September 1st. For Rush fans in Guelph, the film is currently slated for Galaxy Cinemas. Visit www.cinemastrangiato.com for ticketing and the most up-to-date information regarding participating theatres. 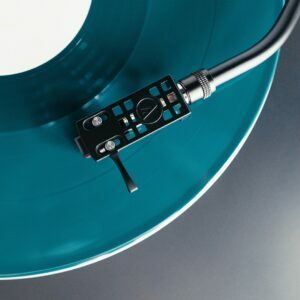 Before streaming reduced the physical album to an endangered species, every key contributor—musicians, songwriters, producers, engineers, etc.—would get credit on a CD or vinyl album. Today, streaming predominantly features artists but neglects other credits, and those lost credits can lead to lost royalty revenue.

Jaxsta wants to solve this.

Founded by music industry veteran Jacqui Louez Schoorl, the Australian-based startup is building the world’s leading database for music credits, which allows music industry professionals to set up an official profile and receive notifications any time a song they worked on charts.

Receiving a $1 million investment last fall from Songtradr, Jaxsta provides a full-stack solution for music industry pros to find and recover all the revenue they’re owed.

Says Schoorl, “With all that data, we see ourselves as the LinkedIn for the music industry.”

Bittersweet news for those eager to exit Ontario’s reopening process. In an effort to stop (or at least slow down) the Delta variant of COVID, Dr. Kieran Moore, Ontario’s Chief Medical Officer of Health, recently announced a series of new measures that pauses the province’s exit from Roadmap to Reopen.

Step 3 will now remain in effect until further notice.

As reported by blogTO, “Certainly nobody wants to see more people die or lockdowns to reappear, but some business owners are cheesed nonetheless.”

While the Canadian Federation if Independent Business is calling on the Ford government to help keep businesses afloat that have been constrained by Step 3 capacity caps, the government remains focused on urging unvaccinated Ontarians to get immunized. 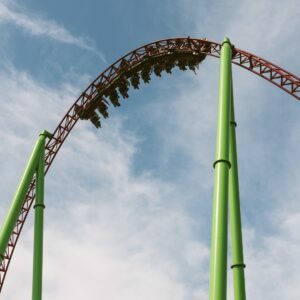 Pretty much any music-related keyphrase has been on a wild rollercoaster ride since COVID kicked the music industry in the face, then threw it into a lockbox, then set that box on fire. According to Google Trends, here’s the latest on three keyphrases you may be using for SEO: