We thought it might be science fiction, and perhaps wanted it to be, but the RCS Music News Weekly team confirmed it’s all real. Spotify is now invested in weaponry, and the music community is enraged. 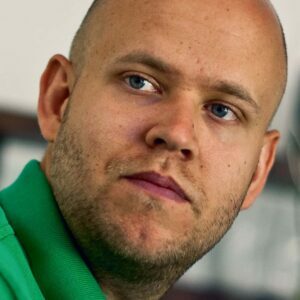 Last December on his Facebook page, Canadian guitarist Don Ross asked a question similar to questions now being asked by other artists and music industry workers: “Are there enough of us willing to take our music down from Spotify and to cancel our subscriptions? Or are artists and fans ok with their money going to weaponry?”

Similar to fictional monster hunter Van Helsing’s quest to rid the world of vampires, werewolves, and other creatures, Helsing bills itself as a new type of security and artificial intelligence company with a mission to serve and protect liberal democracies by turning unstructured sensor data into live battlefield maps to provide an information advantage for democratic governments.

On Nov. 9, 2021, Ek proudly tweeted about his investment, made through Prima Materia, an investment company founded by Ek and Shakil Khan. Yet responses were overwhelmingly negative. Many in the music industry saw Ek’s investment as using huge profits made from music to enable future warfare and used the hashtag #BoycottSpotify.

Others took more pronounced action like music producer Darren Sangita, who said in an interview with Resident Advisor, “Music is being used as a weapon. I can’t sign up to that, so I’ve already unsubscribed and now plan to take all my music down from Spotify,” and others in the music industry followed suit.

For artists like Ross, it was a moment to step back and reflect on the larger picture behind Spotify’s streaming supremacy.

In 2006, Ek briefly served as CEO of uTorrent, a peer-to-peer file-sharing platform (created by programmer Ludvig Strigeus) frequently associated with piracy because users could share music, movies, games, and software protected by copyright.

The same year, Strigeus sold uTorrent to BitTorrent (against which people still present the case that BitTorrent should be made liable for copyright infringement). According to GigaOm Senior Writer Janko Roettgers, the sale was facilitated by Ek, who immediately launched Spotify with Strigeus as software developer, and both music labels and fans unsurprisingly loved Spotify.

Labels could make a fortune from music licensing and fans simply shouted, “Woo hoo! Free music!” Indeed, The Wall Street Journal went so far as to call Ek the music industry’s “savior” by largely wiping out music pirating sites like Napster and Limewire. 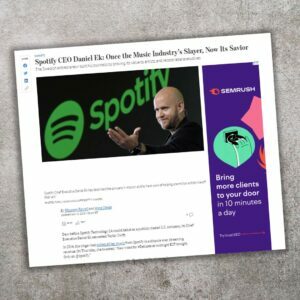 Yet for most artists with music on Spotify, the truth soon became apparent. Though artists were the very reason for Spotify’s existence, Spotify paid peanuts per music stream, and continues to do so. As Hamilton-based musician Nathan Fleet recently noted in an article for The Hamilton Spectator, it would take 250 streams on Spotify (at $00.4 per listen) to buy a $1 guitar pick.

For many artists, Ek’s Helsing investment was the last straw, meaning Ross was in good company when he wrote, “I’m tempted never to make another note available to Spotify,” before asking, “Does anyone else care?”

Another commenter directly replied to Ross’s question with an observation, saying, “Trying to get everyday people to care is a tall order,” and that’s arguably the crux of the matter.

Where one post on Reddit described Ek’s military investment as “pure evil,” music consumption on Spotify ultimately drives the platform’s profits, and Spotify has a huge safety mechanism for continued profit. By providing every man, woman, and monster hunter on the planet with simple access to free music, Spotify provides tremendous incentive for users to do little or nothing about how Spotify uses music profits. Yet this only amplifies the significance of Don Ross’s question for any musician, music fan, music industry worker, or Spotify employee who finds the whole situation unconscionable.

“Does anyone else care?” 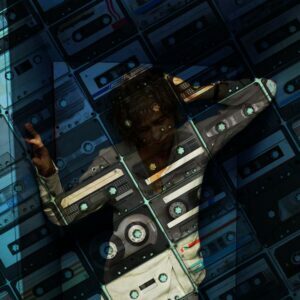 In his best-selling but now obscure 1986 autobiography Is That It? (Penguin Books), Irish singer-songwriter and Live Aid organizer Bob Geldof (who also organized Band Aid) recalls a time when music critics slagged his band, The Boomtown Rats, for only knowing “three chords.” Yet rather than shrinking from criticism, Geldof soon began putting up local concert posters that read, “Boomtown Rats learn a fourth chord!”

In other words, Geldof embraced and celebrated his maligned status among critics with humorous self-deprecation while simultaneously showing he wasn’t going to back down or be anything less than what he was, and more people began showing up to Boomtown Rats concerts for one main reason. There were (and are) many who similarly felt marginalized and were happy to champion one who was championing them.

In you read RCS Music News Weekly’s recent story about the small but steady rise of music cassettes, you’ll know that cassettes are being similarly maligned by critics as boomtown rats against the resurgence of vinyl. Indeed, broadcaster and journalist Alan Cross recently called cassettes “hateful things, worthy of the trash bin of history,” and few cassette companies dispute the appeal and sound quality of vinyl. Yet rather than shrinking from critics like Cross, cassette companies now offer musicians printing and packaging choices that celebrate the outsider status of cassettes. 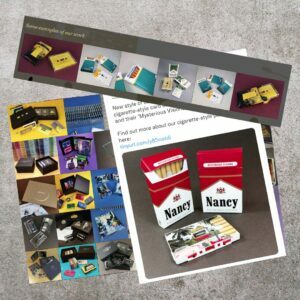 Case in point: Where many people view or treat smokers as objectionable outsiders, the UK company Band CDs currently offers cassettes in a variety of cigarette pack cases, reminiscent of the Cigarettes & Alcohol cassette release by Oasis in the 1990s. Other cassette companies have embraced the “different” status of cassettes by not trying to be vinyl, and now offer playing card boxes, O-card sleeves, custom boxing, and other options that vinyl can’t offer and cassette fans love.

Despite this, many critics continue to vehemently view cassettes as vinyl’s poor cousin, which puzzles cassette fans. As one Redditor said in a United Manufacturing article, “Why are some people so strongly opposed to the idea of cassette releases? For such a niche movement, there seems to be plenty of people with a vested interest in speaking out against it.”

And Finally, Musicians Begin Shifting to a “DIT” Mindset

In a Jan. 4, 2022, article for NOW, music journalist Richard Trapunski recaps Toronto’s many music venue and rehearsal facility closures in 2021. Though Trapunski acknowledges the pandemic played a major part, he pulls no punches in also citing Toronto’s unaffordable rents and development offers as crushing factors, and calls Toronto’s “Music City” branding “an ironic punchline.” Yet against this, Trapunski also notes a pragmatic mindset shift by local musicians in 2022, writing, “Many musicians are taking up the mantle and looking at some sort of cooperative or collective approach that can hopefully sidestep some of the hyper-capitalist hurdles that have been poisoning the local music scene.”

The Long Winter music festival series examples this mindset shift. After spending much of 2021 reflecting on what it means to be part of a DIY arts community, the festival changed its programming to embrace and support a DIT (do-it-together) arts community in emulation of the immortal phrase, “United we stand, divided we fall.”

Trapunski predicts the new mindset will grow, which naturally begs the question: Will it (or can it) grow in a way that affects true change for a better music industry future, or will it simply wind up being something people say at parties to sound cool?

Perhaps the more poignant question is, what is the power of even one person shifting their mindset?

To answer that, let’s return to the story of Bob Geldof.

After Live Aid, Geldof had a little-known but pivotal encounter with a music fan, who asked Geldof, “Is that it?” (which inspired the title of Geldof’s 1986 book). The fan was referring to the concert itself, but Geldof considered the question on a larger level.

On the left, the Boomtown Rats had fragmented as a band and appeared to have no future. On the right, Geldof had brought people together on a global DIT scale with Live Aid to raise money for Ethiopian famine relief. So, Geldof said no. That wasn’t all there was. He stepped more fully into the DIT ethos, and in doing so, he’d go on to organize Live 8, inspire countless other benefit concerts like Farm Aid, and change the face of music.

All of it started with one person—Geldof—who hadn’t planned on changing the world. Before any of it happened, he was sitting alone with little money or prospects but plenty of disillusionment. He then happened upon a newspaper story about the famine in Ethiopia. In that moment, he made a choice. He decided to step outside of himself and get involved with others to make things better for the global village.

So, can a DIT mindset shift affect true change for a better music industry future, even if one person changes their outlook?

The answer seems evident. The mechanism simply rests in choice.

(All images used in this article are public domain, or CC0, or royalty free for public use.)