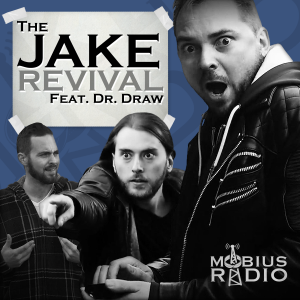 “Eugene Draw approached me last summer about remixing his song, ‘Jake’,” Hennessy recently posted on Facebook. “The original is very ambient in nature, so I wondered how to approach this. Over the next few days, an entirely new piece emerged that had huge heavy guitars juxtaposed against uplifting strings over an electronic beat,” written and programmed by Van Briggle. “This is the kind of pandemic collaboration I was hoping to do,” adds Hennessy.

As reported this week by Virgin Radio: Judas Priest frontman Rob Halford urges metal fans to get vaccinated against COVID-19 so bands can get back to live shows.

In his short Instagram video, in which he thanks metal fans who’ve chosen to get the jab, Halford (who completed a two-dose vaccination last month) says that by getting vaccinated, “we’re opening up one of the most important areas that we have so desperately missed, which is being side by side, horns way up at the clubs, theatres, arenas, and festivals, where who we are and what we live for is tangible and real with the bands we love.” 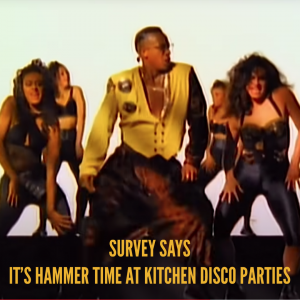 According to findings released last week by L.O.L. Surprise, 65% of American households have enjoyed at-home disco parties (complete with dad-dancing and wooden spoon microphones) during stay-at-home orders, and 49% of households say kitchen disco parties are a regular occurrence, with Saturday night at 6 p.m. being the most common time. 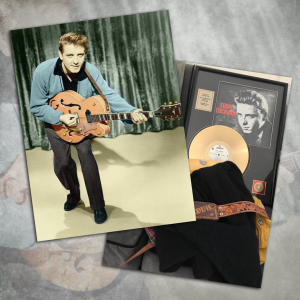 After seeing bits of Cochran memorabilia appear on eBay, West purchased the remainder of the collection to keep it together as a Cochran tribute and plans to stage a traveling exhibition called Eddie’s Room, which will initially tour the UK before touring internationally.

Among the collection: Cochran’s Gold Discs, original artwork, and unseen photos from his last tour.

Best known for the rock classic “Summertime Blues,” Cochran inspired many UK musicians, from John Lennon to the Sex Pistols. Cochran was one of the first artists to experiment with multi-track recording and overdubbing and was one of the first guitarists to use an unwound third string on his guitar. 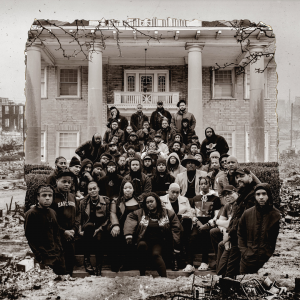 To commemorate the 100th anniversary of the Tulsa Race Massacre, Motown/Black Forum (in partnership with the Bob Dylan Center and the Woodie Guthrie Center) recently released Fire in Little Africa. A collection of original songs written and recorded by Oklahoma hip hop artists, the 21-track album reveals the truth of what happened in the summer of 1921, when a white mob attacked residents, homes, and businesses in the Greenwood district of Tulsa, Okla.

“Fire in Little Africa,” writes Rolling Stone, “is poised to teach the world about that long-suppressed history.” Beginning with the Tulsa Tribune’s removal of their front-page story about the massacre on May 31st, 1921, state records of the massacre went missing and the Tulsa Race Massacre was rarely mentioned in history books, taught in schools, or even talked about.

Recorded in Greenwood over a five-day period in March of 2020, Fire in Little Africa seeks to teach the world about what happened from locals who grew up in the community and still live with the aftermath of the massacre. 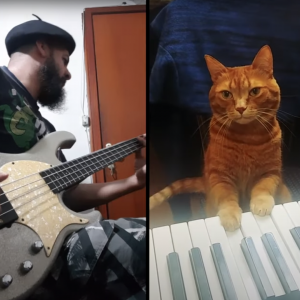 Getting More Views (Or, Bassists Playing Jazz Riffs with Cats on Pianos)

Okay, RCS Music News Weekly acknowledges that any music video featuring a bassist playing jazz riffs with a cat randomly plunking piano notes is pretty much guaranteed views, no matter what text accompanies it. Yet kitsch aside, consider the kind of text that typically accompanies videos that tend to attract views:

Both sentences (based on real music videos) answer a harsh question that few bands like to ask themselves. Yet the question is an important one for bands to consider when trying to attract new fans because it’s rooted in the fan perspective: “Why should I care?”

This question is the same market-focused question that businesses ask themselves when trying to attract new customers: “Why should I choose your product or service above any of your competitors?”

A quick scroll through any music group page on social will show you that many bands do not answer this important question. They simply post a video with “Check out my new song” as accompanying text. And sure. Bands can (and do) attract views from people who are interested in anything new. Yet for many people, “Check out my new song” (a simple request) is not a compelling enough reason to stop and take time out of their day to watch something by someone they’ve never heard of before when there are so many other things online competing for their interest.

They need to know why they should care, and many bands provide the answer, exampled by a few recent posts on Facebook:

The first sentence conveys a relatable challenge for many people and alludes to a solution. So, in answer to the “Why should I care” question, the answer is, “This person can relate to my situation, and I may find a perspective I hadn’t considered before.”

The second sentence speaks to the Asian community and anti-Asian racist incidents fuelled by the pandemic. So, in answer to the “Why should I care” question, the answer is, “This person is an ally, and where I may be feeling alone, frightened, or angry, I can feel understood, empowered, and strengthened by community by listening to this video, and hopeful that real change is on its way.”

There a million ways to answer the “Why should I care” question, but you get the gist.

What’s the Latest Buzz in Locktario?

Seems Ontario Premier Doug Ford’s cabinet is now considering curfews. In other words, Bowling for Soup was absolutely right. High school never ends. It appears we’re all 16 again and the government is this close to saying, “Be home before dark—and no sulking!”

How will this affect Locktarians?

RCS Music News Weekly envisions reciprocal teen behavior from both teens and adults, including coming home drunk, flipping off Ford behind his back, and lots of, “Pfft! You’re not the boss of me!”

Know someone who’d appreciate having RCS Music News Weekly delivered right to their inbox? Share this email with them (if you’re reading this blog as an email).