In this edition of RCS Music News Weekly: Marc Anthony performs One Night Only, The Dominion delivers a blunt warning about illegal drugs in “Sold,” Underground Inc. heads above ground on March 23rd, Ahab wants to hear from you, and Kip Manchester asks, “My hair is good, right?” But first…

The Junos Announce This Year’s Nominees

Jann Arden will be inducted into the Canadian Music Hall of Fame. The Junos will present The Tragically Hip with this year’s Humanitarian Award (presented by Music Canada), and Canadian music industry legend Pegi Cecconi will receive the Walter Graelis Special Achievement Award for her role in the development and success of many artists, including Rush.

Marc Anthony – One Night Only

On April 17th, 2021, Platinum-selling artist Marc Anthony will perform in his first livestream concert. According to the concert production and promotion company Live and Loud (who made the music news announcement), Anthony’s show will be his only livestream show, meaning the show name is literal.

The Dominion Delivers a Blunt Warning in “Sold” 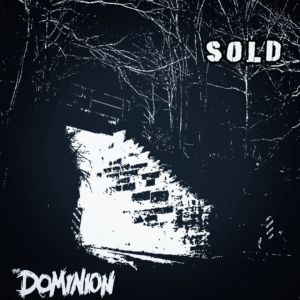 As a blunt warning against the dangers of illegal drug use, the new release “Sold” by local hardcore punk band The Dominion comes from personal experience. “It was written after a bunch of close friends all died from overdose or ruined their lives with illicit drugs,” says Dominion guitarist Billy Ol Skool, who says he has lost about 12 friends over the last four years. “So, this song really hits the nail for me.” Written by the band’s drummer, Coop (Josh Cooper, who lost one friend to drug overdose), “Sold” urgently stresses the message to choose life and fight for it (a message that RCS Music News Weekly wholly supports).

>> Listen to “Sold” and download your copy from Bandcamp 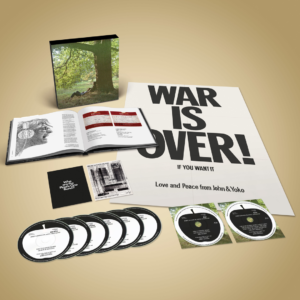 Discover some of the greatest music that was buried in a time when art and business collided. Vision Films’ new documentary Underground Inc. makes an unprecedented dive into the meteoric rise and fall of the hardcore, underground alternative rock scene of the late ‘80s to mid-‘90s.

Underground Inc. heads above ground on March 23rd on all major cable and VOD platforms (and DVD).

Paul Mahsahn Asks “Where Were You God” 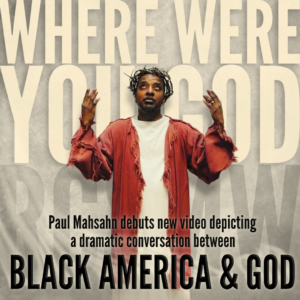 Memphis rapper and community activist Paul Mahsahn recently debuted his powerful video for “Where Were You God” (feat. Preacha Tim). Created in response to religious disillusionment, social and racial injustice, world turmoil, and “all those we loved and lost in 2020,” the video depicts a no-holds barred conversation between Black America and God, where each side confronts the other to argue their points in strong, gripping fashion regarding the issues.

Mahsahn will be dedicating third-quarter royalties from the music single to support COVID-19 relief, homelessness, and other issues affecting the urban Memphis community.

Anyone over the age of 18 can create a profile. (They’re free.) To create yours, click here to set up a voice talent profile.

If you don’t have existing voiceover samples, you certainly don’t need to book yourself into a professional recording studio to create a pro-sounding voiceover demo. A good-quality microphone, laptop, and something as simple as Audacity will pretty much set you up.

The Important Thing Is Where You’re Recording

Your demo should be free of background noise: the sound of traffic, pets barking or meowing, someone randomly walking in to ask, “Hey, have you seen that thing I can’t find?” Stuff like that.

If you don’t have a place like that to record, our rehearsal rooms aren’t just for band rehearsals. They’re open and available for you to record your voiceover demo, podcast, or anything in a distraction-free environment.

Journalists tend to describe the music of Surf Curse as surf music. (RCS Music Weekly suspects it’s owing to their name.) Yet such descriptions are misleading. Similar to the American synth-pop band Future Islands, Surf Curse (Nick Rattigan and Jacob Rubeck, a duo from Reno, NV) have a cool ‘80s sound, a bit like the Cure but also the Killers, reflected in their 2019 EP Heaven Surrounds You. After the pandemic hit, the duo pretty much disappeared online, and fans are hoping they haven’t disappeared for good.

How do you turn a party song into something extra fun to watch? If you’re the KerriTales (from Vancouver Island), you wrap the song “Mayhem” in a kitschy ‘70s vibe, set it on the fictitious TV show Dance Train, and have announcer Kip Manchester introduce the song after asking the important question: “My hair is good, right?” (It is, Kip. It’s not Ron Burgundy good, but still good.) 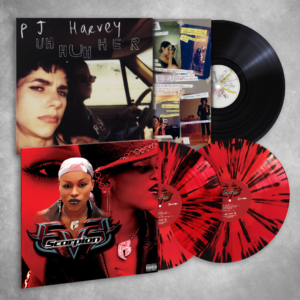 Twenty years after rapper Eve dropped her critically acclaimed album Scorpion, Universal will re-release the album on April 16th, 2021 as a two-album set (including four bonus tracks), available in black vinyl and on limited-edition red vinyl that caused at least one person to think, “That would look killer as a paint job on my car.” (Okay, that one person may just be me.)

On April 30th, UMe/Island will reissue the album Uh Huh Her by PJ Harvey on vinyl. First released in 2004 (earning Harvey Grammy and Brit Award nominations), the reissue will accompany a collection of unreleased demos on CD, vinyl, and digital.

Thought I’d share RCS Music News Weekly with you. It takes just a few minutes to read. You’ll have more energy and be able to pick winning lottery tickets with confidence. (Okay, that was probably a stretch.) Oh, and it’s free. Visit the Royal City Studios home page to sign up and stay in the loop of oven-fresh musicalness.