This issue of RCSMNW: Royal G Symphony and Smackjive rock Royal City Studios on April 8th; Joshua Bowden wants singers for “Babe Charlie: Live from the Other Side”; applications now open for Music Publishers Canada’s Women in the Studio program; MPTF announces events for Jazz Appreciation Month, and the Rolling Stones’ legendary 1977 gig at Toronto’s immortal El Mocambo comes out next month on CD and vinyl. But first… 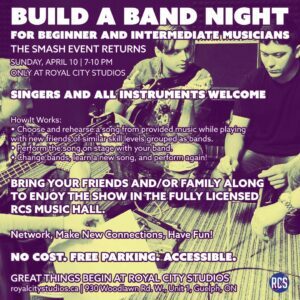 Build a Band Night is a unique evening of music and networking for beginner and intermediate musicians and singers in a supportive and barrier-free environment. Where some open jams can be intimidating for some musicians/singers, and often require a certain level of skill and/or song pre-knowledge to comfortably participate, Build a Band Night operates differently as a structured night of music, networking, and fun:

Everything is provided: amps, PA, drums, etc. Participants simply need to bring along their gear and/or voice.

All instruments are welcome: guitar, bass, keys, etc. Need a place to blow your sax without the neighbors hammering on the walls? Bring it along. Bagpipes or trumpet? Those are welcome too. You get the gist.

There is no cost to join. Parking is free, and RCS is a fully accessible facility, which includes accessible washrooms.

Build a Band Night is one more reflection of Royal City Studios’ continuing commitment to support local and area artists of all skill levels in developing their craft.

To further facilitate on-stage experience in a supportive environment, participants are welcome to bring family/friends to enjoy the live performances in the fully licensed RCS Music Hall.

In short, the combination of networking opportunities and musical learning for beginners and intermediate musicians and singers at Build a Band Night is why RCS says great things begin at Royal City Studios, and there are lots of opportunities coming up for you to join.

Build a Band Night happens the 2nd and 4th Sunday of each month. Immediate upcoming dates:

>> Get your tickets at Cats Cove Media

Here’s a taste of what’s on tap:

You can also catch Royal G Symphony tonight (April 1st) at Jimmy Jazz and May 25th at ONYX.

In addition to the previously mentioned Build a Band Night, Royal City Studios offers all types of events for musicians and singers of all skill levels that are no cost to join:

Happens the second and fourth Sunday of each month from 1 – 3 PM. Hosted by Dan Pharoah.

Like Build a Band Night, all equipment (PA, amps, etc.) for the above events is provided. Just bring your gear and/or voice and rock the house. 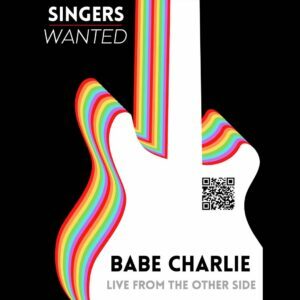 As recently reported by Guelph Today, Guelph composer Joshua Bowden is looking for lead vocalists and backup singers for his project Babe Charlie: Live From the Other Side, a real recording project by a fictional band inspired by the Beatles’ immortal album Sgt. Pepper’s Lonely Hearts Club Band.

Described by Bowden as “an audio experience with some theatrics,” the recording will include interviews with fictional fans, radio interviews, and banter between fictional band mates in the same vein as Rob Reiner’s immortal 1984 mockumentary This Is Spinal Tap.

As Bowden notes on his Session Singer Applicant Form, “Though you see the word ‘live,’ it’s an audio experience that presents itself as live. There will be no actual performing in front of an audience. Also note that we’ll be recording the record in Guelph, ON, and that this is a one-time project, not a band.”

Bowden is applying for a $10,000 grant from the Ontario Arts Council to produce the recording and release copies on vinyl and streaming services.

Interested singers are invited to fill out the Session Singer Applicant Form. 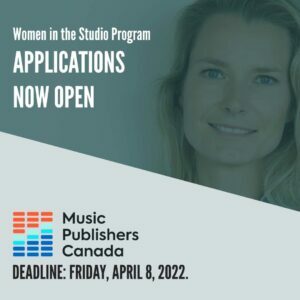 Music Publishers Canada have launched this year’s iteration of Women in the Studio National Accelerator (the fourth year of this program), which offers a series of curated production-related opportunities and networking experiences to women-identifying producers-songwriters from across the country.

For your chance to be among this year’s cohort, visit the application site here by Friday, April 8th.

Last week, Bandcamp announced that fans can now use the Bandcamp app to queue up favorite albums and tracks for hours of uninterrupted listening. Similar in functionality to playlist building on streaming services, queueing is the latest in a series of app improvements “designed to make Bandcamp collections more valuable, and to encourage more fans to directly support artists,” said Bandcamp.

Bandcamp has also added Apple CarPlay and Android Auto so fans can listen to music when driving and Chromecast to listen to Bandcamp music on TV. Plus, Bandcamp has made checkout faster for the +1 million Bandcamp fans with a saved credit card.

If you have a fan account and want to try any of these new features for yourself, download the Bandcamp app for your iPhone or your Android-powered device. 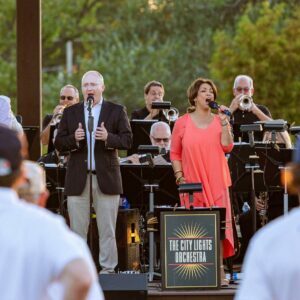 Throughout the month, more than 60 North American markets from Saskatoon to San Antonio will enjoy 224 live, admission-free performances. Funding will support professional musicians to perform at community venues, schools, and senior centres, and via livestreaming from the MPTF and community partners Facebook event pages.

All performances have been coordinated through the efforts of the union locals of the American Federation of Musicians. Some larger events have been organized over several days as mini-festivals such as Vibe-adelphia (Philadelphia), Future of Jazz (Indianapolis), and Big Band Explosion (Minneapolis).

Recordings from The Rolling Stones’ secret 1977 gig at Toronto’s immortal El Mocambo club will be releases next month as a 2-CD set and 4-LP vinyl package, available both on black vinyl and neon vinyl. The release will also be available digitally.

On March 4th and 5th, 1977, the band played two shows in the 300-capacity venue, which has featured acts like the Ramones, Blondie, and Joan Jett. Both formats feature the Stones’ whole performance from March 5th, with three bonus tracks from the 4th, all newly mixed by Bob Clearmountain.

Listen to the preview tracks “It’s Only Rock ‘N’ Roll” and “Rip This Joint” and pre-order here.

Got an upcoming gig? Releasing a new album or track? Podcast? Something else? Email rcsmnw@royalcitystudios.ca and let us know.

Until next time, keep rockin’ your dreams, whatever they are. 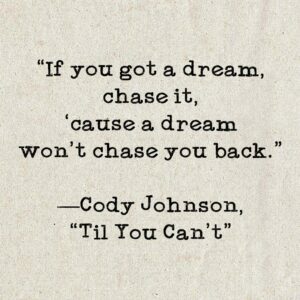