In his 2020 cover of the Reklaws’ “Roots,” Brucie (a.k.a. Alex Bruce) sings, “Don’t you forget your roots”—a line particularly applicable to the young Ontario musician-producer, whose Celtic roots shine in his latest release, “Stars.” A hauntingly beautiful version of the Matt Maher song “Field of Stars,” “Stars” is the title track to a mini album that includes Brucie’s take on “Stars” by Skillet, as well as a bonus instrumental track, “Field of Stars (Irish whistle solo).”

Born in Alliston, Ont., Brucie is a skilled vocalist, composer, and multi-instrumentalist whose love of Celtic music shapes his overall unique sound, reflected in renditions of Home Free’s “Love Me Like That” and “Remember This,” and “The Parting Glass,” an old Celtic folk song sung at the end of a gathering of friends.

A graduate of Fanshawe College’s Music Industry Arts program, Brucie has been performing live for many years in a wide range of venues, from concert halls to small venues.

For the cover of “Stars,” Brucie worked with digital artist Xristopher Bland, who created the RCS concert posters for 8 Second Ride and The Electric Space Circus featured in this blog and has created album art for artists like Dylan Hennessy and Mobius Radio (“The Jake Revival”).

Though primarily known for covers, Brucie is currently working on original material that further evokes the musical landscapes conjured in “Stars.”

>> Listen to “Stars” on Spotify

“Stars” is available on iTunes and Amazon Music.

Ready for an electric space adventure?

Ready for your 8 Second Ride?

Unfamiliar with the area? Royal City Studios is located at 930 Woodlawn Rd. W., Unit 1 in Guelph.

NOTE: By Ontario law, proof of vaccination is required to attend the above live music events. Those unable to present proof of receiving at least two (2) vaccines will not be allowed to enter.

Disney to Release The Beatles: Get Back

Once upon a time, there was a band called The Beatles that changed music forever before disbanding. The Beatles: Get Back is an upcoming three-part documentary series chronicling the making of The Beatles’ 1970 album Let It Be (cited by some as their last album but disputed by others). Directed and produced by Peter Jackson (the cinematic wizard behind The Lord of the Rings), the series draws from footage originally captured by Michael Lindsay-Hogg’s 1970 documentary of the album and challenges the popular notion that the recording of Let It Be was marked by ill feelings between band members.

Tears for Fears Returns with New Album – The Tipping Point

Seventeen years after Tears for Fears released their last album, Everybody Loves a Happy Ending, the beloved band behind “Everybody Wants to Rule the World,” “Woman in Chains” and “Mad World” returns with their new album, The Tipping Point.

Slated for release on February 25th, 2022, The Tipping Point was inspired by professional and personal tipping points in the lives of band members Curt Smith and Roland Orzabal. For Orzabal, that point was inspired by the death of his wife, Caroline, in 2017—reflections which come through in the pre-release of the album’s title track.

Looking for a playlist of indie Guelph bands? Check out Nik Wever’s Guelph Indie Playlist on Spotify, featuring bands/artists like The Waverlys, The Breaking English, Blind Sages, James Gordon, and Awkward Turner Suicide. At 61+ hours of music, the playlist is certainly extensive but also suitable for saving out tracks to your own, shorter Guelph indie playlist.

Speaking of the Royal City, you may also want to check out the video for “BWBB” by Softcult, which was shot in Guelph.

If you’ve ever thrown together a quick Instagram or Facebook image in Canva, you know how easy it is—and have a sense of what Canva touts about its new, free online video maker and editor.

Announcing its excursion into video editing on Oct. 12th, Canva’s new video editing includes a scene-focused interface, meaning users can break down their video into easy-to-manage pieces, trim scenes, manage multiple audio tracks, and use in-editor video previews to check their work. Canva also offers video templates and other snappy things appealing to people who don’t know much about video editing, don’t want to shell out coin for programs like Premiere Pro or Final Cut Pro, and want something fast and inexpensive for a music video or band promo. The only cautionary note: Just as Canva’s templated image-creation tools and convenience can result in a certain homogeny that detracts from distinction, Canva’s templated approach to video runs the same risk for bands who don’t make creative use of Canva and bend the rules (or throw them away). 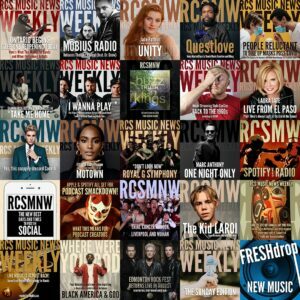