Our audio engineers are professional, personal, and practical.  We pride ourselves on giving you the best tracks,
as well as editing, mixing, and mastering results.  Read below about our engineer team.

Jericco Vera is a freelance music producer, mixing engineer, and audio technician based out of Waterloo, Ontario.  A graduate from Metalworks Music Institute, writes and produces his own music, teaches Music Production & DJing at Spark Creative Arts, collaborates with music artists,  and has fun in the box EQing snares. He loves working alongside versatile artists, as you’ll hear in the attached samples.
Well experienced in editing and tracking skills in DAWS such as Ableton, Logic and Studio One. and also understands mixing and some mastering.

Eric Leigh is a freelance audio engineer and live sound technician based out of Guelph, Ontario. He is an alumni and current employee of the Ontario Institute of Audio Recording Technology in London, Ontario, where he teaches and administers practical exams for various aspects of music production, audio for visual media, and live sound. At the end of his one year contract with the school, he plans on moving back to Guelph to continue pursuing his career in everything related to audio.

Frank has worked with the following bands:

You can find these tracks and more of Frank’s work at https://soundcloud.com/frankjannetta

You can check out Caleb’s online CV here:

Jake has a passion for music. Not only does he like discovering new music, but his passion also lies in being part of the process of bringing new music and the artists’ vision to life. He sees recording and mixing as a sonic canvas where layers of sound are blended together to create a sonic painting.

Jake has been recording and mixing music for over 30 years. He started recording his own bands on 2 track cassette tapes, then to 4 track tapes and then to the digital medium just as it was getting started. He was always experimenting and learning. 20 years ago he started recording bands like The Remnants, Well Charged, Smurk and other local artists.

Jake’s strength is understanding and adapting to the style and workflow of the artists in the studio. Keeping the artists’ preferences in mind, Jake works to make the artists feel comfortable and bring out the best in their performances. It’s the combination of these performances and technically capturing great recordings that make a great final product. 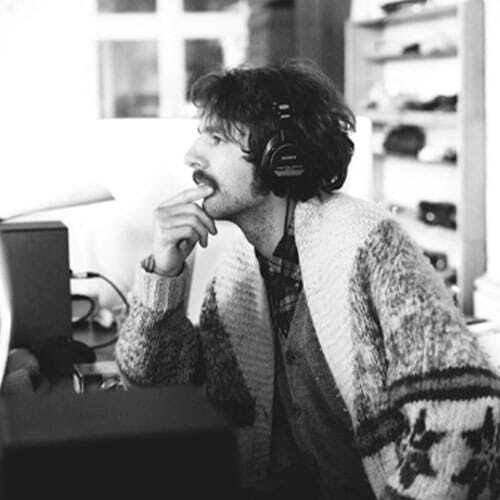 Tobin was born and raised in Guelph, Canada and studied New Media (B.F.A.) at Ryerson University in Toronto.

He moved to Berlin in 2008, and while there he focused on producing his own compositions under the name Carpet of Horses

In 2014, he left Berlin for a tiny village in the East German countryside called Bergsdorf, where he enjoyed a fruitful period producing music in The Ballroom – an early 20th-century dance hall he converted into a one-of-a-kind recording space.

He then moved to the north of Italy, outside of Venice, in a small town called Castelfranco Veneto. From there he ran a studio called Starland.

Back in Guelph since 2018, he is available to engineer and produce records or to compose original pieces of music for various projects.

A versatile and knowledgeable freelancer, Em Damaschin is proud to call RCS one of their many homes. Since 2016, they have had the chance to assist at and run sessions across Toronto, Hamilton, and Guelph at some of Canada’s most well-known recording studios.
Em has a deep love for the Guelph music scene and has produced, recorded, and mixed some of the Royal City’s favourite underground acts, both live as well as in the studio.
Often the person trusted to bring a band’s first set of professional recordings to life, Em brings the same artistic encouragement and creative spirit to every project they are a part of.

Tom supports Indie artist and partners with them to present their music in the best possible sound. He has provided live sound and recorded special musical events in the area as well. These include John Mann’s Elora concert, Kevin Briet concerts, David Francey Concerts and more.

You can play a compilation of samples here.

Jeff Carter is a producer, engineer, and musician with decades of recording experience. A graduate of the Recording Arts Program of Canada, Jeff has operated a commercial studio environment of his own for years, and worked as a house engineer/producer/writer for a long list of clients, as well as working for years as a recording specialist for both Long and McQuade and Sherwood Music.

An accomplished pianist and synthesizer guru, Jeff has scored music for many commercials, games, and short films, and performed live for years with an electronic trio, Puncturevine.

Jeff is most well-know for his work as the producer, engineer and studio keyboard player for Canadian pop icons, Spoons. Together with Spoons, Jeff has guided the band through the release of two full-length albums, Static in Transmission and New Day New World, along with three EP’s, including three popular remixes of Spoons classics: “Romantic Traffic – Traffic Jam” and the wild electro-dub mix, “Nova Heart – Singularity”, which is still performed live at the end of most Spoons live shows.

Spoons albums Jeff has produced and engineered can be found here and here.